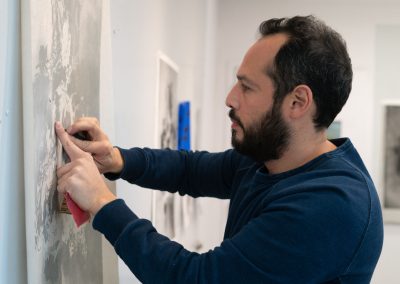 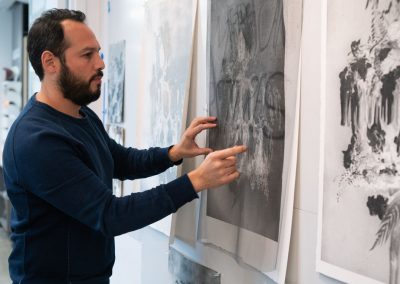 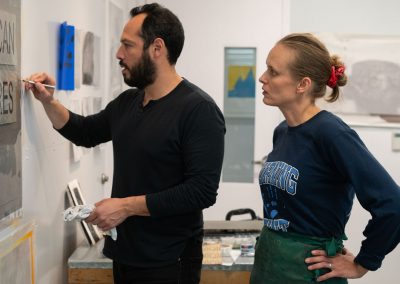 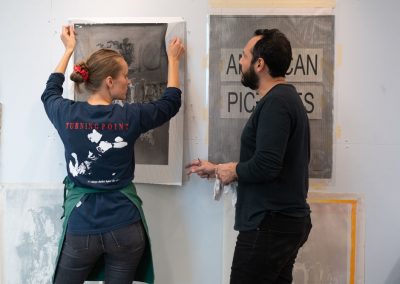 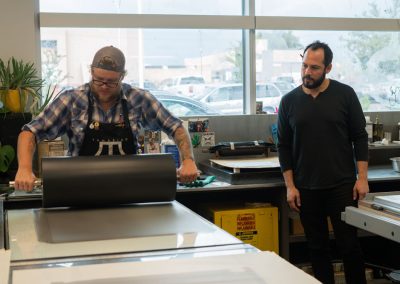 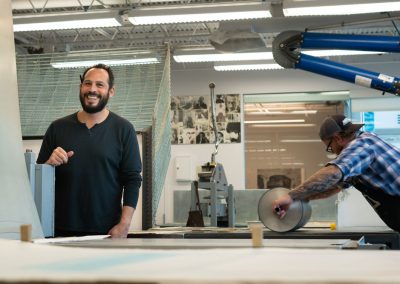 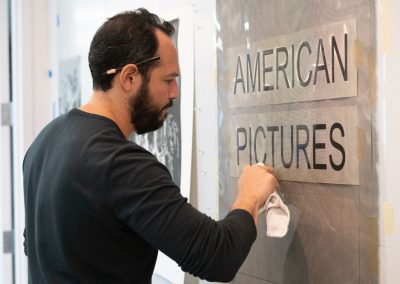 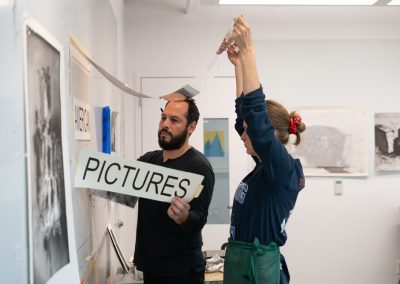 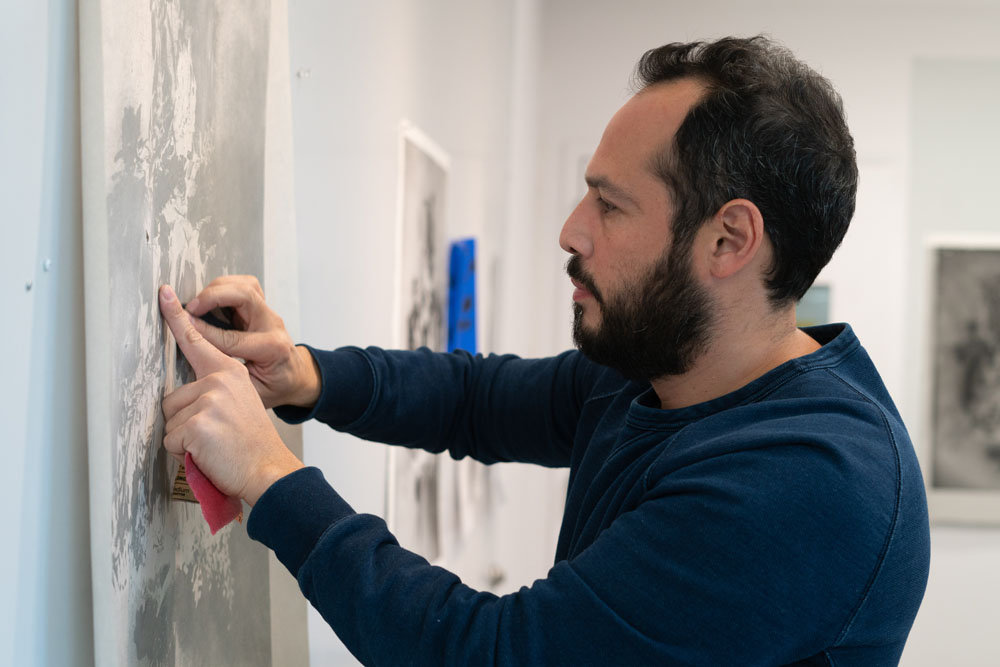 In 2017, artist Harold Mendez traveled to Havana, Cuba at the invitation of the John D. and Catherine T. MacArthur Foundation’s International Connections initiative.

END_OF_DOCUMENT_TOKEN_TO_BE_REPLACED 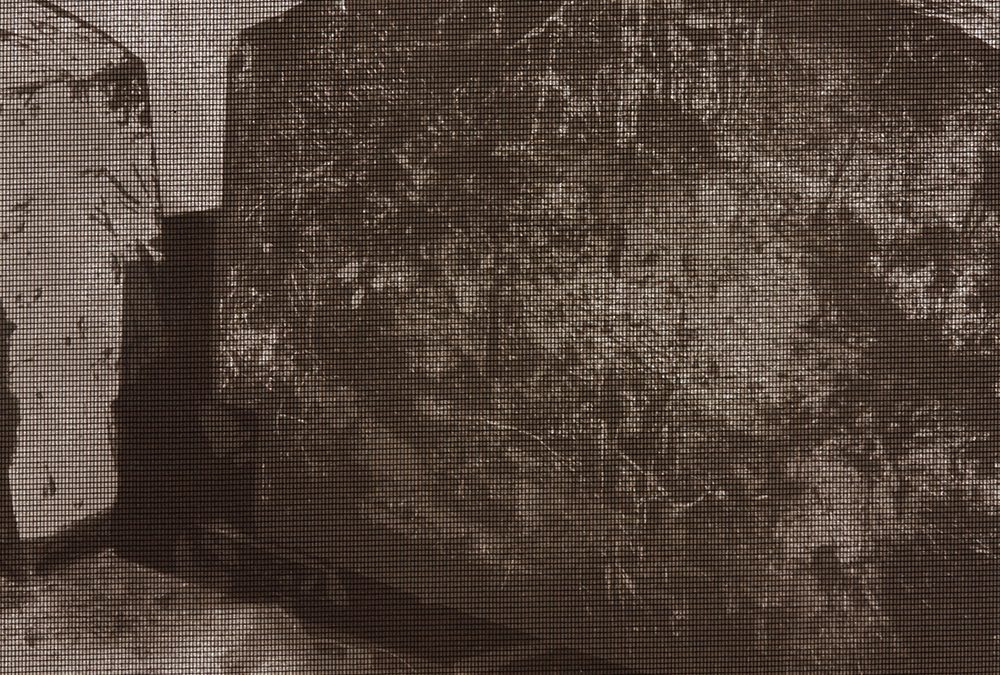 While in Cuba, artist Harold Mendez encountered sites of commemoration, offering, and sacrifice to Cuban artist Belkis Ayón. “Counterweight” depicts such an offerings – an industrial steel weights, found on a trip to Captiva Island.

END_OF_DOCUMENT_TOKEN_TO_BE_REPLACED

American-born Mexican-Colombian artist Harold Mendez moves easily between cultures and materials. His image-based media and sculpture works address broader questions about identity and its associations to geography—and how those concepts allude to narratives about the body: its visibility, absence, and place. The two lithographs created at Tamarind incorporate a screen as the final printed layer of each image, which visually changes the viewer’s engagement with the work either up close or at a distance.

In 2017, Mendez traveled to Havana, Cuba at the invitation of the John D. and Catherine T. MacArthur Foundation’s International Connections initiative. Brought to a Santero’s celebration in Regla—a municipality in the city of Havana and a former aborigine settlement—Mendez witnessed the far-reaching influences of Santeria when he witnessed the locals locking doors as guests entered. He was told this would protect any spirits that transformed into another form from escaping. The night of counting the years was Mendez’s offering to such an occasion, as witness to permutations of transformation.

During his trip to Havana, Mendez sought to find traces of the life and memory of Cuban artist Belkis Ayón, who tragically took her own life at the age of 32. Set out to find her grave, Mendez encountered sites of commemoration, offering, and sacrifice. Counterweight depicts industrial steel weights, found on Captiva Island during his time at the Rauschenberg residency in 2016. Counterweight pays homage to the lost burial site of Ayón.

Mendez studied at Columbia College Chicago; University of Science and Technology, School of Art, Ghana, West Africa; and the University of Illinois at Chicago, where he received his MFA. His work has been the subject of exhibitions in numerous institutions, including Museum of Modern Art, New York; the 2017 Whitney Biennial, New York; Bass Museum, Miami; LAXART, Los Angeles; Institute of Contemporary Art, Philadelphia; MoMA PS1, New York; Studio Museum, Harlem; Renaissance Society, Chicago; Project Row Houses, Houston; and the Museum of Contemporary Art, Chicago, among many others. Mendez is represented in collections including Museum of Fine Arts, Houston; The Studio Museum in Harlem; Museum of Contemporary Art, Chicago; DePaul Art Museum, Chicago; Colección Diéresis, in Guadalajara, Mexico; and J.P. Morgan Chase Collection. He has held residencies at the Robert Rauschenberg Foundation; Core Program, Museum of Fine Arts, Houston; Skowhegan School of Painting & Sculpture; Headlands Center for the Arts; and Tamarind Institute. Forthcoming projects for 2020 include a solo exhibition at the Reva and David Logan Center for the Arts, University of Chicago; the Light Work Artist-in-Residence; John Michael Kohler Arts Center, Arts/Industry Artist-in-Residence; and a solo exhibition at the Institute of Contemporary Art, Los Angeles, where he is currently based.