Parasites, Prosthetics, Parallels, and Partners is an exhibition of large scale monoprint collages and editioned works Nicola López created in the spring of 2017 when she returned to Tamarind for her fourth artist residency with the workshop.

Gathering the artist’s ongoing interest in industry, architecture, and technology into a concentrated grouping, the exhibition conveys the interdependency between life and death—human desire bound to great achievement, often in the face of failure and despair.

The imagery in Parasites, Prosthetics, Parallels, and Partners is informed by an outdoor site-specific installation Lopez created in Southern Austria for which she combined wood in different stages of expiration—pieces of cut lumber with a dead apple tree, still teeming with and supporting life such as lichen, moss, and insects. Here, she harnesses the inherent modular characteristics of printmaking to express how the natural world is shaped by human interactions, using mark-making, color, layering, and transparency as a way to revisit her original installation. Together with a team of Tamarind printers led by Master Printer Valpuri Remling, López hand-printed, cut, and assembled each piece to create two traditional editions in addition to six unique objects, approaching paper sculpture. 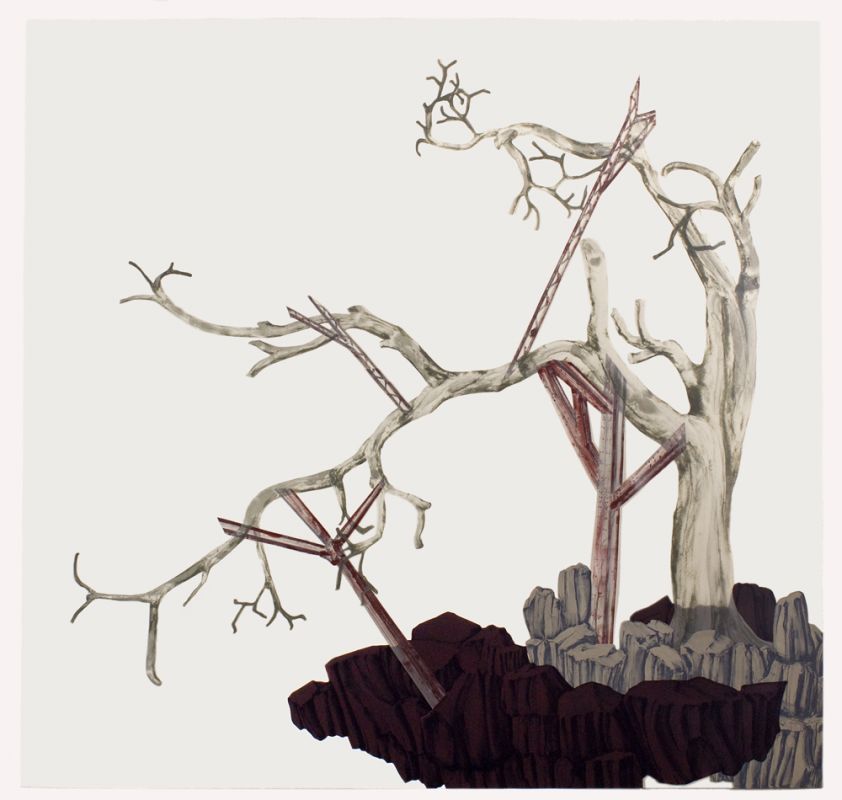