Tamarind: Homage to Lithography at MOMA

April 29 through June 29, 1969 the Museum of Modern Art in New York City hosted the first exhibition dedictated entirely to a single print workshop, Tamarind Lithography Workshop. Below is the press release published by MOMA. Images and additional information is available at www.moma.org.

Press Release from the Museum of Modern Art, 1969

Printmaking today is an international concern of great vitality, and its center is the United States because most major American artists have again found meaningful vehicles in the multiple media. To some extent, this renaissance — for that is what it is — was made possible by the discovery of new media, but it is also due in equal part to the revival of traditional methods like lithography.

The art of lithography, in danger of extinction a short ten years ago, has today again become a dynamic medium of artistic expression. Central to this revival is the Tamarind Lithography Workshop in Los Angeles, directed by June Wayne and funded by the Program in Humanities and the Arts of the Ford Foundation, A non-profit educational
organization, Tamarind offers fellowships to both artists and printers to collaborate in lithography. During the nine-year history of the Workshop, 95 artist-fellows, as well as 57 guest-artists, and some printers and staff members have produced over 2,500 editions of lithographs containing some 75,000 prints, while 67 printer-fellows have received highly
specialized training in the art of lithographic printing.

A selection of approximately 150 lithographs produced at Tamarind will be on view at The Museum of Modern Art from April 29 through June 29. TAMARIND: HOMAGE TO LITHOGRAPHY was co-directed by William S. Lieberman and Virginia Allen of the Museum’s Department of Drawings and Prints, and is scheduled to travel abroad under the auspices of the Museum’s International Council beginning this fall. Mr. Lieberman also serves on Tamarind’s
Board of Directors and Panel of Selection, and Miss Allen is a former Curator of Tamarind. The lithographs on exhibit are from the Kleiner, Bell and Company Collection of Tamarind Impressions, promised gift to The Museum of Modern Art.

Tamarind’s facilities and stress on quality and experimentation have enabled collaborating artists and printers to extend and adapt lithography as a very individual means of artistic expression, illustrated by the wide range of images and variety of selection in the exhibition. Hard-edge, optical, and minimal images — once thought to be unattainable
in lithography — hang beside more traditional painterly and intricately drawn lithographs.

“Lithography as its best is a collaboration between artist and printer. Technically the most difficult of all fine-printing techniques, it requires specialized skills, equipment, and physical agility beyond the reach of most artists,” according to Virginia Allen in the catalogue published by the Museum in conjunction with the exhibition, Josef Albers went to Tamarind with little experience in lithography, and discovered that he could successfully achieve his “squares” in the medium, as seen in plates from two series — Day and Night and Midnight and Noon. Hard-edge painter John McLaughlin commented after his stay at Tamarind: “I was especially increased by the insistence that artist and
printer must combine to press lithography to even greater limits, rather than adjusting to its already proven capabilities.”

Louise Nevelson, who had never made a lithograph before going to Tamarind, produced several highly successful series of lithographs relating to her sculpture “walls.” Sam Francis had worked extensively in lithography, but evolved his familiar primary-color prints through many color variations and worked in black and white for the first time.

The history of lithography, up to its present revival, is traced in the catalogue by Virginia Allen. The medium was invented in 1799 by a Bavarian, Alois Senefelder, after several years’ experimentation, but “lithography as an art form first flowered in France. Gericault had made sensitive artistic lithographs as early as I8I7, but it was the Spaniard
Goya, who, turning to lithography during the last years of his life, first explored fully the depth and subtlety inherent in the medium.”

French artists Daumier, Manet, Degas, Redon, and Toulouse-Lautrec continued the tradition throughout the nineteenth century, using lithography as a means of artistic expression. By contrast, lithography In America at that time was used primarily as means for mass-producing book Illustrations, posters, advertisements, and genre pieces. From 1900 to 1940, a number of American artists worked In lithography, but artists’ aesthetics finally outdistanced the rather traditional techniques of lithography as it was being taught and practiced. Also in 1940, Stanley William Hayter moved his intaglio studio Atelier 17 to New York, so the prlntmaking focus shifted from lithography to intaglio, where it remained throughout the forties and fifties.

This need to insure the survival of lithography created the ralson d ‘etre of Tamarind. June Wayne, Tamarind’s organizer and director, developed the concept of the Workshop in 1959 after she and W, McNeil Lowry of the Ford Foundation agreed that it would be important to attempt to rescue this art form. Clinton Adams, Program Consultant and member of the Panel of Selection of Tamarind, as well as an artist-fellow who is represented in the exhibition, has commented: “The test of the value of the Tamarind program to artists and to lithography is that while few American artists made lithographs in the 1950’s, there are few in the 1960’s who have not done so, either at Tamarind or at the workshops established as a consequence of the Tamarind program.” 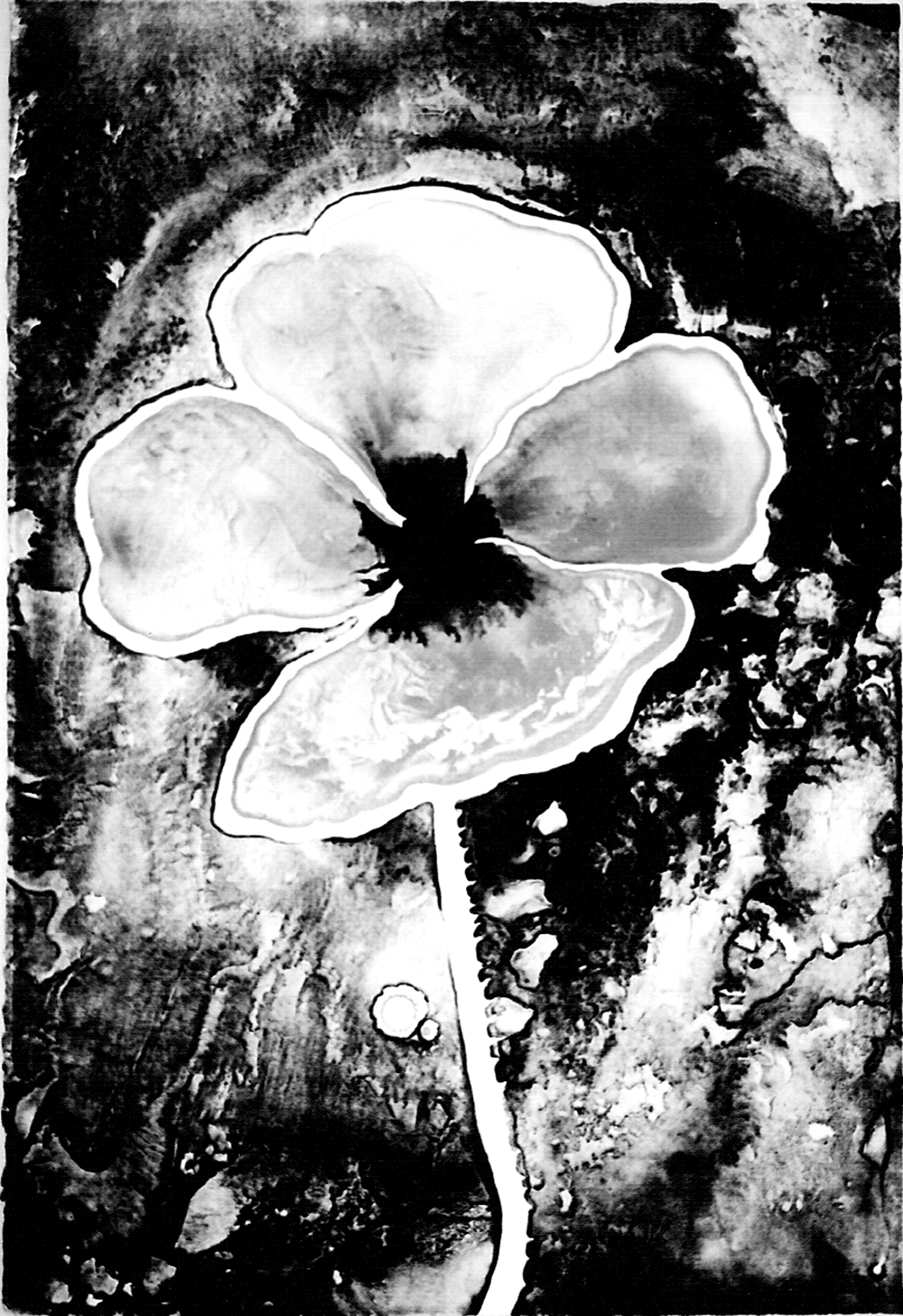