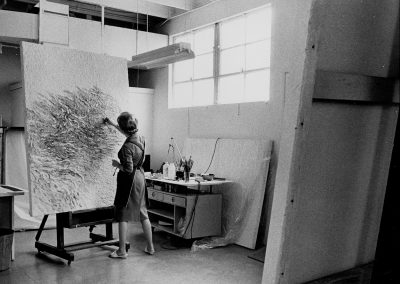 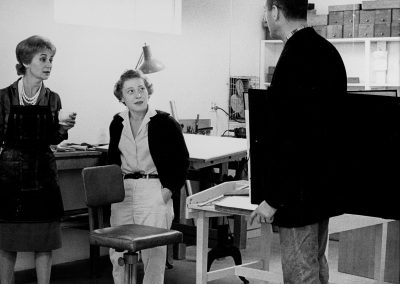 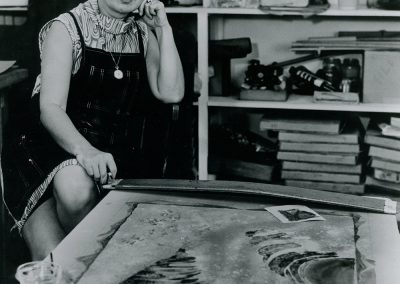 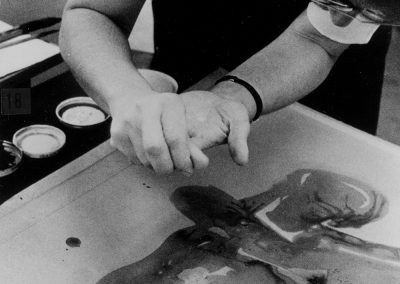 Artist, visionary, entrepreneur, and autodidact June Wayne founded Tamarind Lithography Workshop, Inc in Los Angeles in 1960, giving rise to a resurgence in printmaking across the country and around the world. She served as director until 1970, when Tamarind moved to Albuquerque and affiliated with the University of New Mexico. Wayne remained a close advisor and advocate for the workshop until her death in 2011, and took part in the workshop’s 50th anniversary in 2010 when it relocated to its current facility. The founding principles and objectives she envisioned for the workshop are still in place today.

Her many Tamarind lithographs trace the arc of her interests and wit as an artist, including her early exploration of surveillance, identity, and originality in the thumbprint series, and her macabre self-portrait with fellow printmaker James Ensor.