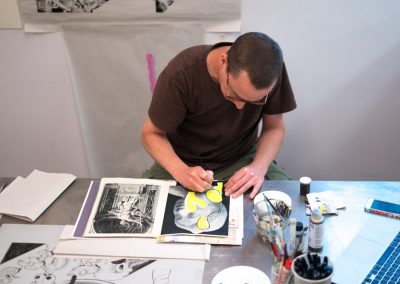 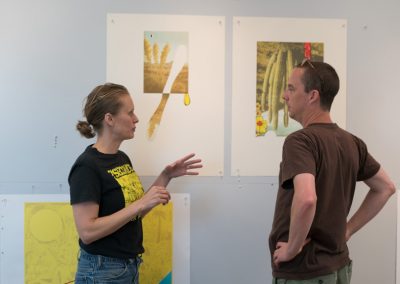 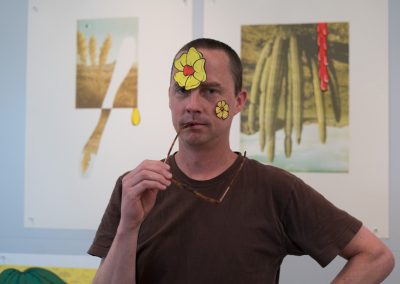 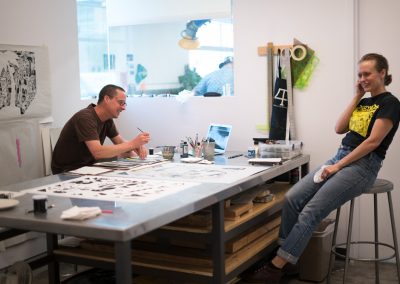 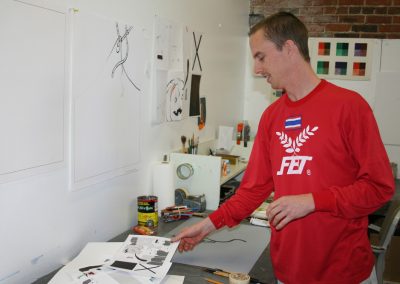 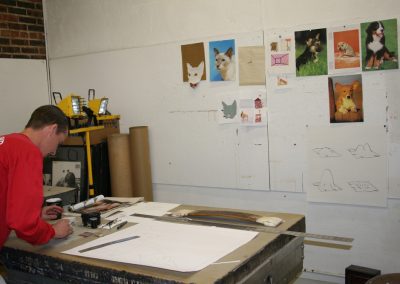 Artist Mark Mulroney creates a world that operates on his own terms, his characters moving in and out of grotesque and revelatory circumstances, sexually-charged imaginings, and impossible landscapes. He is slick in his depiction of the messiness of the mind. During his 2006 Tamarind residency, Mulroney created three editions that illustrate more contemplative psychological spaces that, while bathed in even-handed swaths of color and surrounded by sparse environs, are no less charged with heightened anxiety and uncertainty. When he returned to the workshop in 2018, he let loose the reins of his imagination and embraced saturation and transparency, resulting in crowded compositions of rich colors and provocative forms.

Mulroney’s artwork is in numerous public and private collections, and he has participated in solo and group exhibitions throughout the world. He and his work have been featured in popular publications such as Juxtapoz, Artforum, The Believer, and Bomb Magazine, and he has produced designs for companies including Hasbro, Burton Snowboards, Target, Poketo, and more.