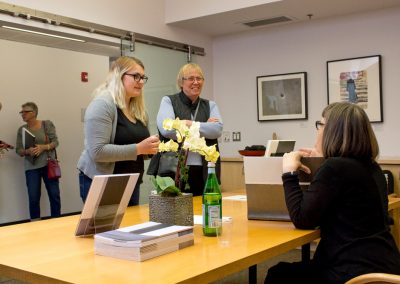 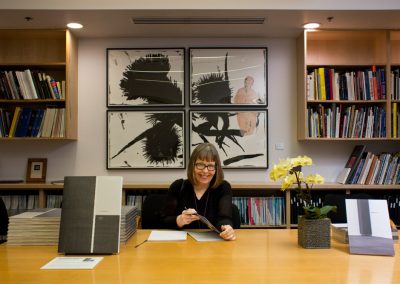 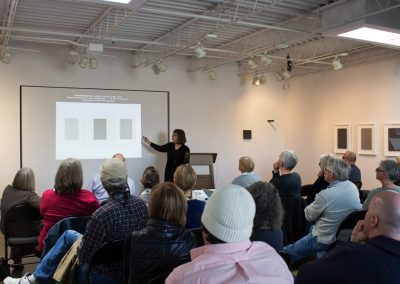 As an artist who works primarily in values of grey and black, the experience of people affected by achromatopsia is of great interest to me. What is it like to view the world strictly in black and white?

Through correspondence with researchers, I learned that monochromats and achromats, individuals with achromatopsia, cannot distinguish between the different parts of the color spectrum because their eyes do not have cones. Cones sense color while rods perceive motion, approximate size, shape and brightness in dim light. Monochromats see image but not color, are extremely sensitive to light and lack good vision acuity.

The experience of color perception is at the heart of the Achromatopsia Series. One researcher asked, “Do you see colors exactly as I do, just because we use the same name?2 How does one who cannot see color perceive it?

To better understand this I have been working with several monochromats, asking them to match ink samples (red, yellow, orange) to a value of grey. My directive was to pair the colored ink sample with a grey one in which they saw no discernable difference between the two. Interestingly, the selections varied slightly between individuals and did not match the light and dark value similarities that I saw between the two colors. For example, red was seen as nearly black for monochromats because of their rods’ insensitivity to longer wavelengths of the spectrum (red, orange). 3

For these lithographs the greys they selected are printed on the face of the print while the corresponding ink colors are visible only by reflection. Achromatopsia Series I creates a liminal place between a monochromat’s vision and my own.