Tiago Gualberto is an Afro-Brazilian visual artist who incorporates themes in his work such as the relationship between memory and history, the social uses of language, and narrative erasure. Since 2004, he has focused his artwork on questioning his place and identity as a visual artist, reflecting on the historical perpetuation of exclusion and violence forced upon people with whom he relates. He maintains a deep interest in the politics of overcoming barriers in Brazil for artists.

In 2012, Tiago Gualberto participated in the Tamarind project, Afro: Black Identity in the United States and Brazil, for which he created a pair of two-color lithographs featuring drawings of figures, clothing, and adornments that question the construction of historical and contemporary identities. 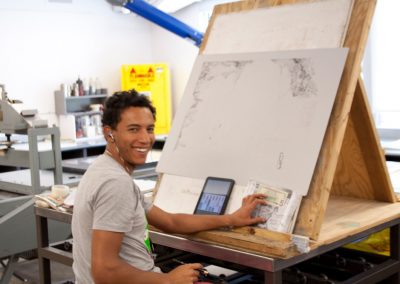 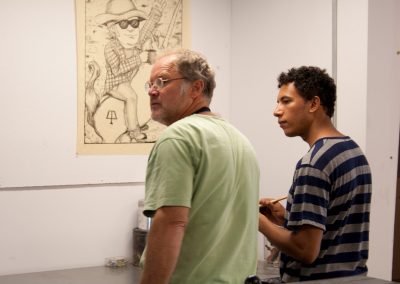 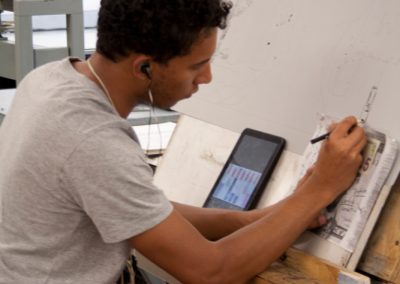 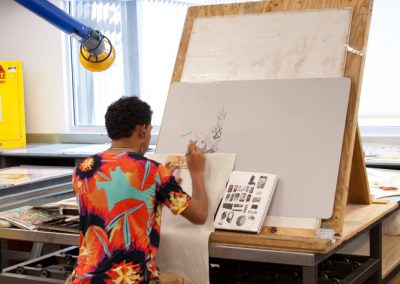