b.1961 in Portland, Oregon; lives in Los Angeles, California 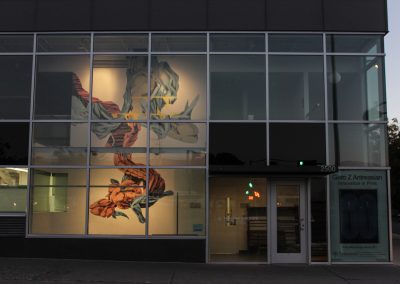 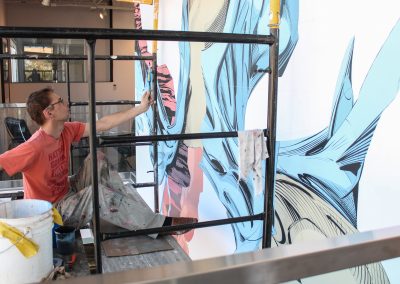 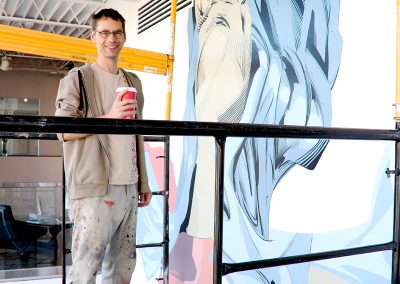 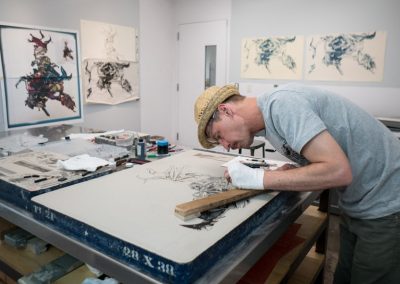 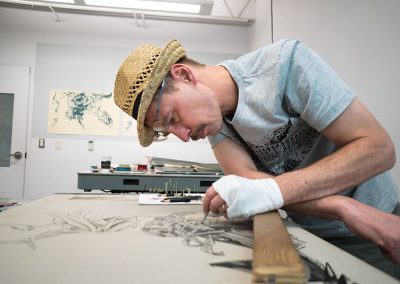 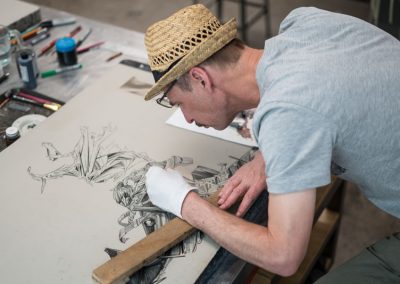 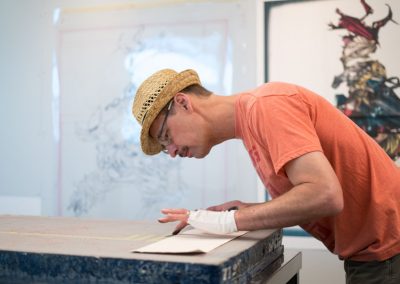 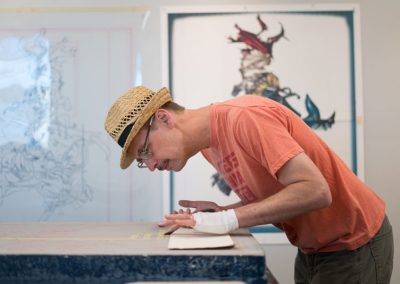 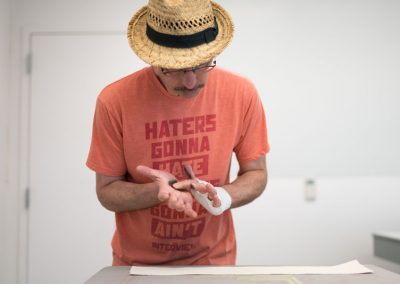 Aaron Noble is widely known as a mural painter but he is also an accomplished printmaker. His references draw upon a broad swath of art history and comic books, ranging from William Blake to Marvel comics, bringing animated and futuristic imagery to all of his works. Noble derives the core of his work from cutting up and collaging comics (his preferred source material are comics published by Image during the 1990s). Using isolated portions of weaponry, musculature, armor, explosions and anything else he finds compelling, he creates completely new amalgamations that, while referencing their comic book origins, become part of a completely new narrative of his invention. These collages essentially become “sketches” that Noble often reworks into larger drawings, paintings, and murals—images stretched and swollen with complex emotions, angst, and struggle.

Noble is the cofounder of the Clarion Alley Mural Project in San Francisco, where he was director from 1996 until 2001. He has created murals on a police guard post in Taiwan, on a private residence in Los Angeles, and, in collaboration with Andrew Schoultz on an exterior wall on Sixteenth Street near Third Street in San Francisco. Other mural and wall-painting projects include the Theatre Rhinoceros Lobby; Superhero Warehouse on the exterior of 47 Clarion Alley, in collaboration with Rigo 00; and the Labor Temple lobby, San Francisco.

Learn more about these prints and the process
Video by Sierra Sheppard and Noor-un-Nisa Touchon.