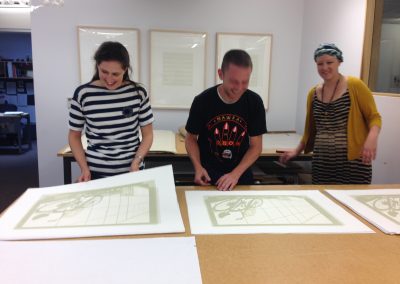 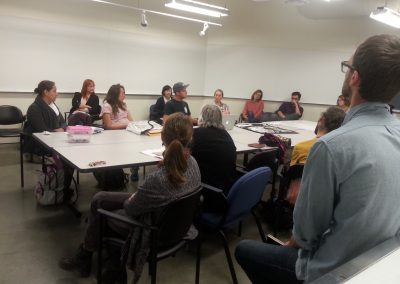 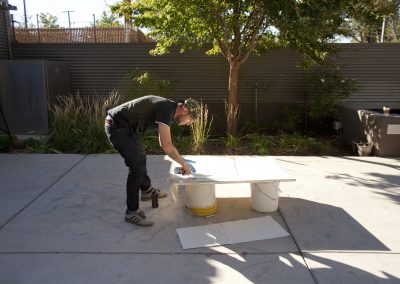 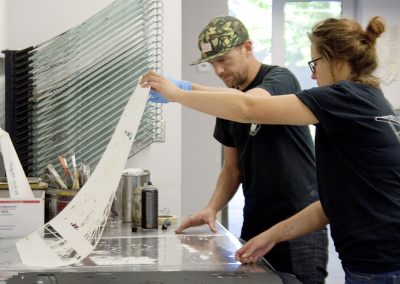 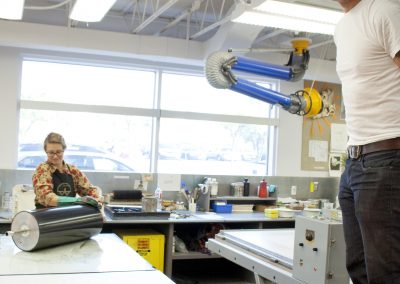 Artist Adam Feibelman is best known for his intricate stencil and cut-paper works which reveal his awareness of the structures we use every day but often overlook, for example the buildings, doorways, fenced trees, discarded buses and chipped alley walls. He explores the relationship between our perceptions of the temporary and the eternal, uncovering of the stories we have transcribed on an urban landscape filled with utilitarian objects.

Tamarind Master Printer Bill Lagattuta became interested in Feibelman’s work while on a trip to San Francisco, and invited him to Tamarind to create his first lithographs. During his residency, Feibelman adapted to traditional lithography by using hand-cut paper stencils to make his matrices, which were then printed with subtle tonal shifts to mimic the shadows and depth of the stacked stencils. Feibelman intentionally left the uneven edges of each stencil to reference his layering process. Through his collaboration with Tamarind printers, Feibelman has reconstructed his visual observations to create yet another perspective on the city landscape.