b. 1935 in Cincinnati, Ohio; lives and works between New York, New York and Walla Walla, Washington 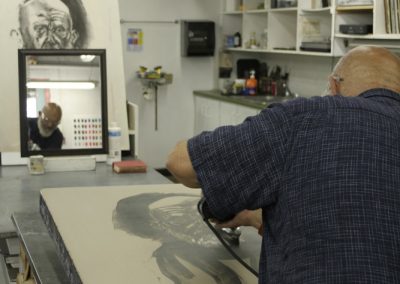 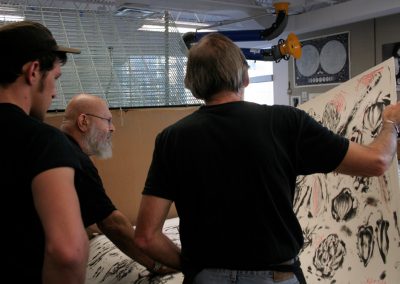 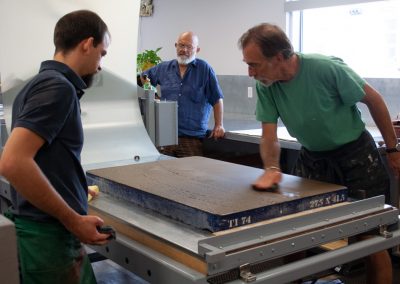 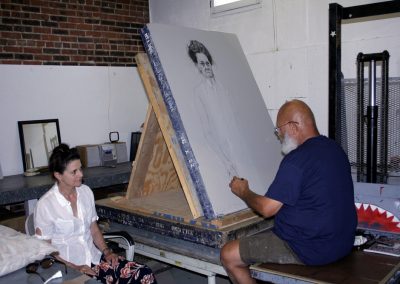 Over the span of his career, Jim Dine has been known for his ability to combine the iconic and the personal in ways that evoke the expressive role of the artist as an individual. He has worked in an expansive range of media—painting, performance, drawing, poetry, printmaking, book design, sculpture, and photography. He is among America’s greatest living draftsmen, creating works with series of repeating objects possessing particular significance to him, such as hearts, tools, palettes, and robes.

Portraits, one of Dine’s most frequent subjects, are often suggested by items of clothing and other objects. He created several lithographs in this vein during his times printing at Tamarind, including hand-colored prints of Pinocchio, and large-scale depiction of his wife, and as well as an exquisite, red robe.

Dine’s works are included in the collections of The Museum of Modern Art in New York; the Tate Modern in London; the Bilbao Fine Arts Museum; and the Walker Art Center in Minneapolis, among others.