Louisa Chase was part of a new generation of artists, a mini-movement often referred to as “New Image Painting” that took form in the mid-1970s and early 1980s. Chase’s “turbulent, frantic, neo-expressionist canvases” were recognized and championed as a rejection of minimalism and conceptual art.

Her distinctive paintings feature gestural, abstract renderings of body parts on color fields and within web-like tangles of marks and lines. Later, her landscape paintings adopted apocalyptic overtones. In a 1982 group show at the Whitney Museum, Chase wrote that “The forces closest to landscape are the closest to the internal forces that I am trying to understand. . . . The location is inside.” At Tamarind in 1988, she continued mark-making and abstraction within compositions of black, white, and bright primary colors.

Chase earned her BFA in printmaking from Syracuse University in 1973 and her MFA in fine art from Yale University School of Art in New Haven, Connecticut in 1975. She taught painting at the Rhode Island School of Design from 1975–1979, and at the School of Visual Arts from 1980-1982. She is a National Endowment for the Arts grantee.

Her work is in the collections of: the Museum of Modern Art, the Metropolitan Museum of Art, and the Whitney Museum of American Art, New York, NY; the Corcoran Gallery and the Library of Congress, Washington, D.C.; the Walker Art Center, Minneapolis, MN; the Denver Art Museum, Denver, CO; the Madison Museum of Contemporary Art, Madison, WI, among others. 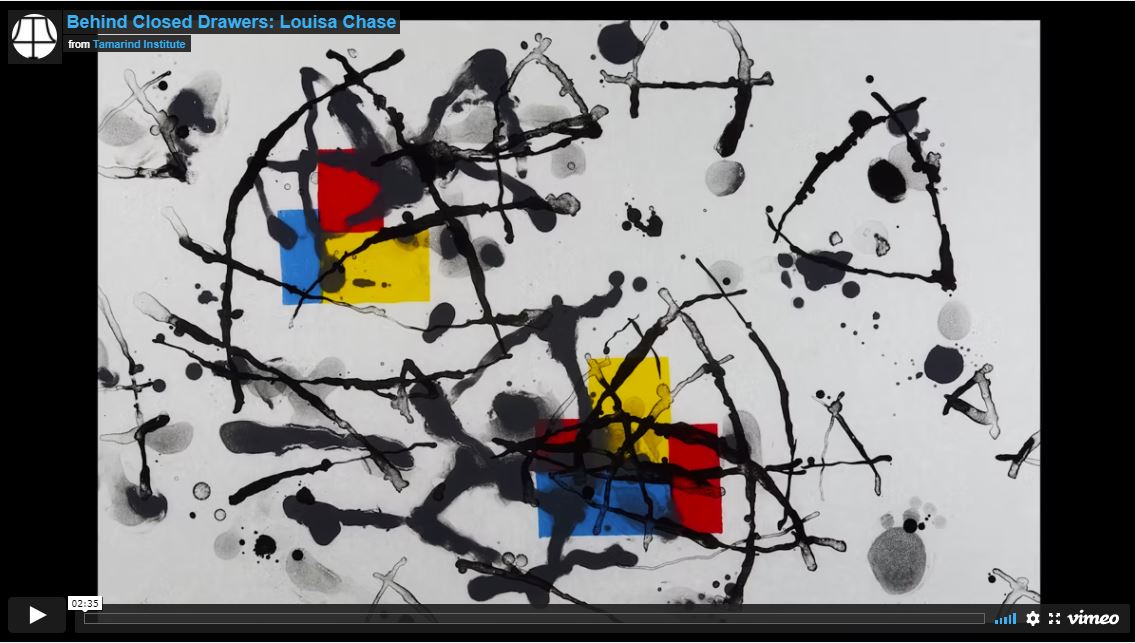