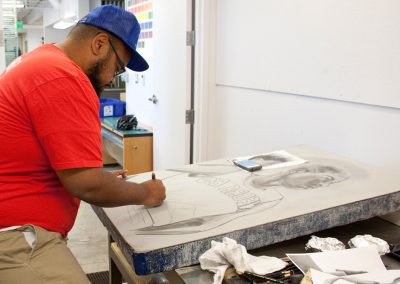 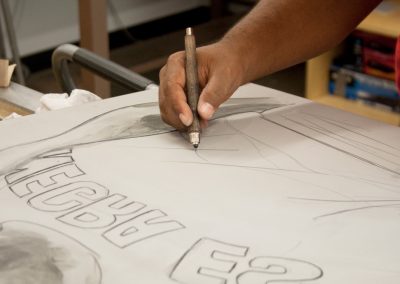 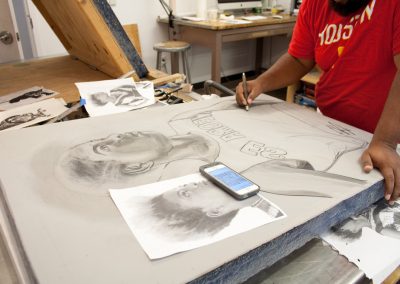 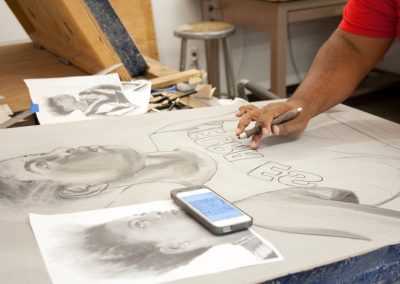 Pruitt completed his Tamarind residency in 2014 during which he used lithography to continue exploring figurative drawings and the “loose narrative that has become the core ideology” of his practice. “This narrative attempts to string together the breadth of the black experience and Diaspora to create a sense of commonality and humanity that I find lacking in many forms of black representation,” he explains.

Pruitt received his BFA from Texas Southern University in 2000 and a Master of Fine Arts degree from the University of Texas at Austin in 2003. He is a founding member of the Houston artist collective Otabenga Jones & Associates and was a participating artist in the 2006 Whitney Biennial and the 2010 SITE Santa Fe Biennial, which traveled to MoMA PS1 in New York. He is a recipient of the Artadia Artist Award, Louis Comfort Tiffany Foundation award, and Joan Mitchell Foundation award, and he was awarded residencies at the Bemis Center for Contemporary Art and The Joan Mitchell Center. Pruitt’s work is in the collections of The Nasher Museum of Art at Duke University, Durham, North Carolina; The Studio Museum of Harlem; the Dallas Museum of Art; the University Museum of Texas Southern University in Houston; the Museum of Fine Arts in Houston; the Arkansas Arts Center, Little Rock, AR; The Institute of Contemporary Art, Boston; and The Metropolitan Museum of Art, New York. 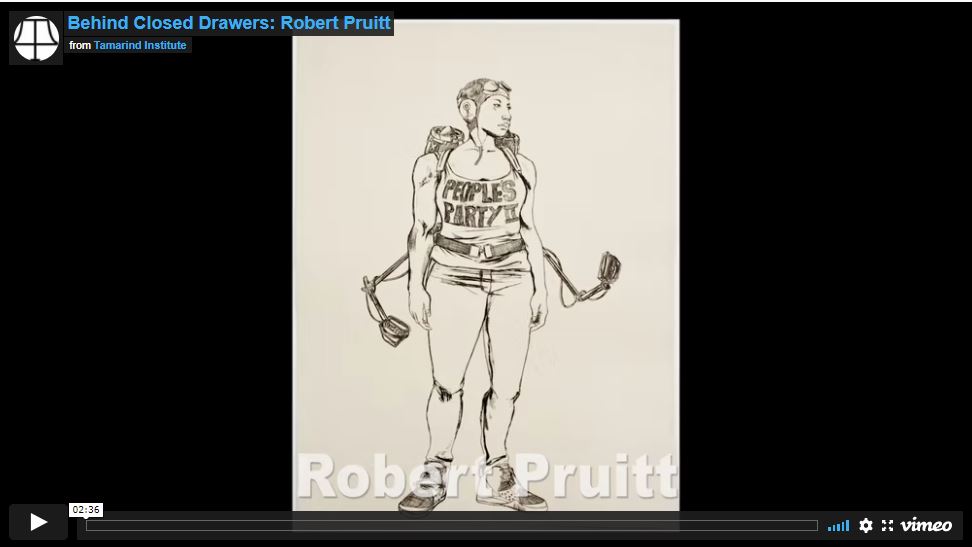