b. 1975 in Atlanta, Georgia; lives in Los Angeles, California 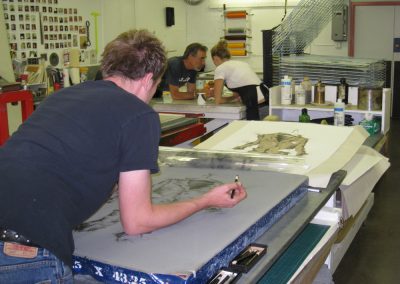 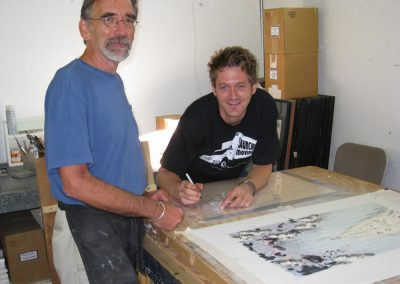 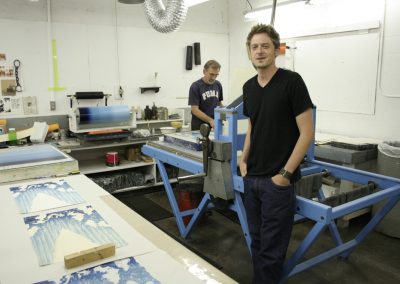 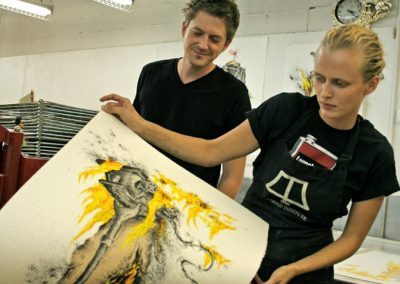 Through the immediacy of drawing, Mark Licari attempts to interweave the natural world and human world to expose absurdities and weaknesses—often through decay—but also the fantastic potential of our man-made and natural systems.

During his residency at Tamarind in 2008, Licari translated his “nervous” line work into three lithographs which he describes as: “An old suit primarily used for weddings and funerals but also the one job interview; tenacious hungry moths that enter through the open window seize the opportunity for a midnight snack. A vacuum finally exhausted by the consumption of lint balls, cookie crumbs, potting soil, dog hair, loose screws, toenail clippings, lucky pennies, earring backs, lost buttons and errant Legos. A plane ride to an unknown location where the difficulty of leaving the past behind and transitioning to a new environment is comforted by the fact that thoughts flow more clearly at high altitude.”

Licari received his MFA from the University of Southern California, Los Angeles, CA. He was a 2003 recipient of the California Community Foundation Emerging Visual Arts Fellowship. His work can be found at the Gemeente Museum in The Hague, the Metropolitan Museum of Art in New York, and the Monterey Museum of Art in Monterey, California, among others. Licari has been the subject of several major solo exhibitions since 2000, and he was included in both the Moscow Biennale and the Biennale of Sydney, among numerous other important group exhibitions.