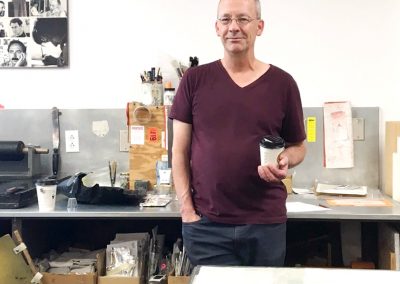 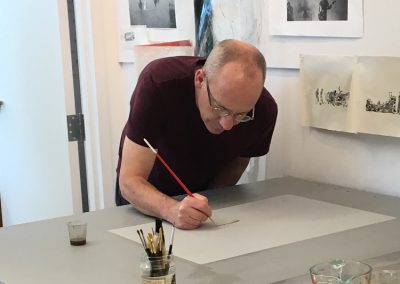 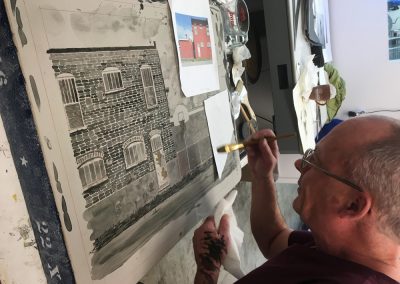 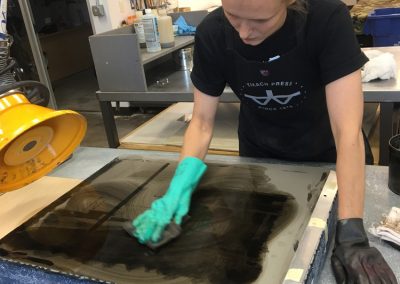 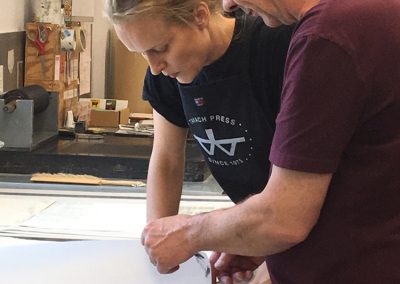 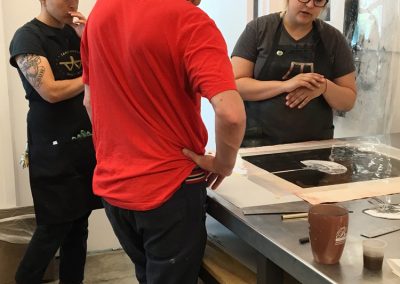 Artist David Rathman ruminates on epic American themes such as cowboys and western landscape, car crashes, sports, and everyday dramas. Curious hand-written phrases and bits of song lyrics—some literary, some comical—float within the atmospheric, emotive textures of his works.

Rathman was in-residence at Tamarind in the summer of 2016 during which he created six editions that exemplify his skilled pairing of untethered language and imagery, fixing the poignant fragments in our imagination.

The artist received his BFA from the Minneapolis College of Art and Design. Rathman’s work is in numerous public and private collections including The Walker Art Center, Minneapolis, MN; Whitney Museum of American Art, New York; New Museum of Contemporary Art, New York; and The Getty Museum, Los Angeles.